What does the department do?

The Roman Influences Department curates and studies artefacts dating from the late pre-Roman period (2nd–1st century BC), the Roman Influences period and the early migration period (1st–5th century AD), relating to the Oksywie culture and Wielbark culture in East Pomerania.

The majority of our collection consists of finds recovered from cemetery sites excavated by Gdańsk Archaeological Museum from the late 1950s to the present day. These include four different cemetery sites in Pruszcz Gdański, and ones in Opalenie, Różyny, Kamienica Szlachecka and Rumia.

Our storerooms also house artefacts from a kurgan cemetery and stone circle site in the Kashubian village of Węsiory, which was excavated by archaeologists from the University of Łódź.
We also have a modest collection of objects from pre-Second World War German excavations. These consist primarily of an assemblage of pottery from the Malbork-Wielbark cemetery site (after which the Wielbark culture is named) and solitary finds from other sites, such as Skowarcz and Ciepłe.

In recent years our collection has grown thanks to rescue excavations conducted in places where archaeological sites were under threat. This work was carried out in areas affected by large-scale development projects, such as the construction of the A1 motorway. It has resulted, among other things, in the publication of materials from a cemetery site in Ulkowy and an extensive settlement site at Swarożyn.

Among the many artefacts looked after by our department, we have some particularly striking examples of beautiful jewellery discovered in Wielbark culture graves, such as elaborate necklaces made up of glass and amber beads. Further highlights include bronze, silver and gilt brooches used as clothes fasteners, snake bracelets made of either bronze or silver, gold and silver pendants and other ornaments. The graves were also found to contain provincial Roman bronze vessels, pottery and glass ware, all of which point to trade with the Roman Empire.

One of our most prized finds is a hoard discovered in 1986 in Łubiana, Kościerski District. A hoard is a collection of numerous objects deposited in one place. In this case the hoard was that of a bronze caster, as it consisted of items intended for re-use in the casting process. Inside a Roman bronze bowl covered with iron spearheads, there were 14 kg of bronze artefacts, mostly fragments of Roman vessels and local dress accessories, such as brooches and belt fittings, dating from the 1st century BC to the 5th century AD. All of these items came from large cemetery sites, most probably in Pomerania and northern Greater Poland, which had been looted in antiquity. 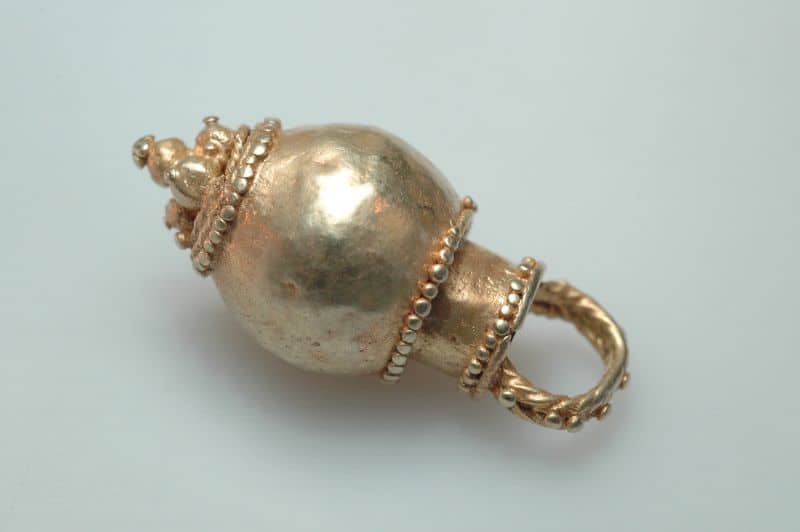 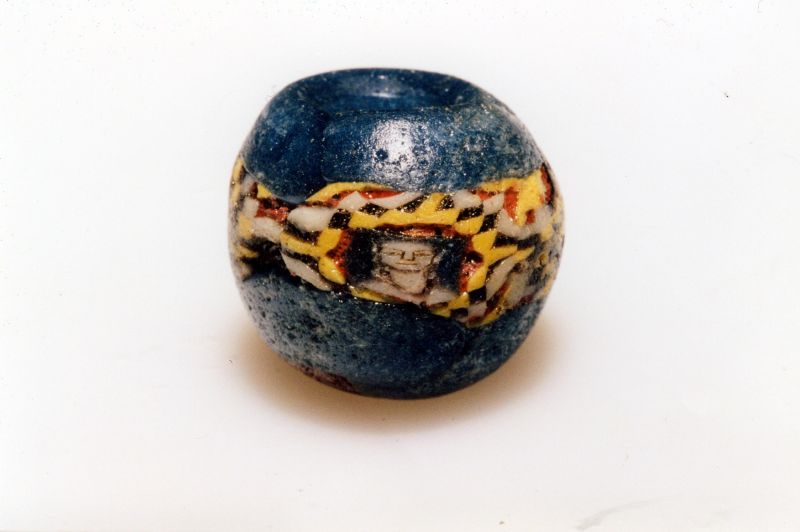 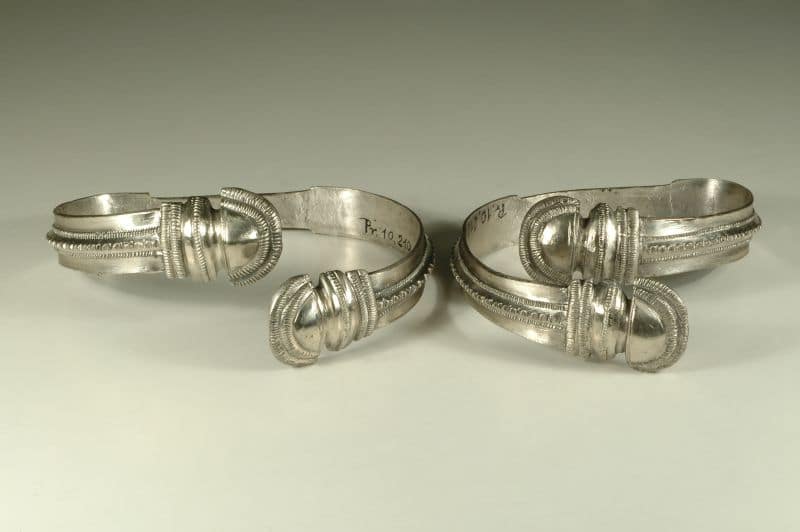 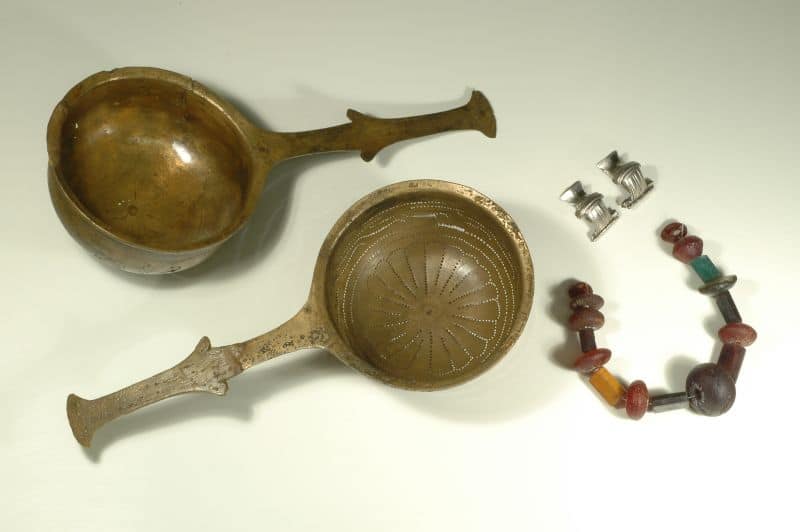 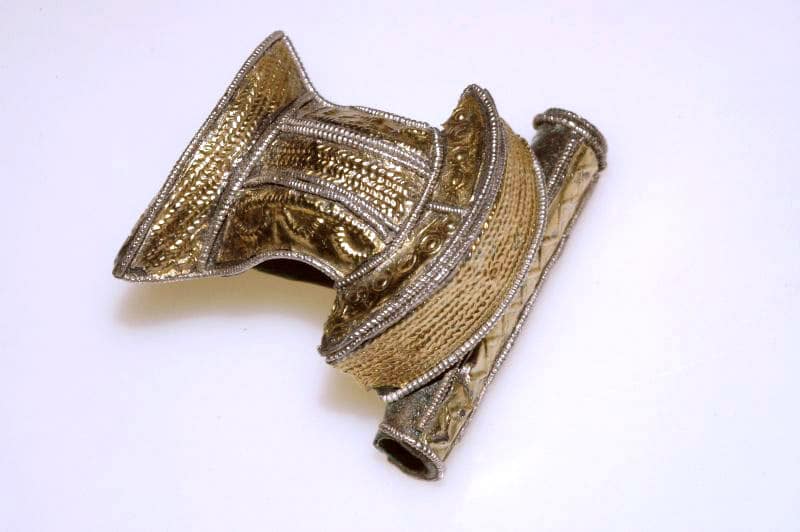 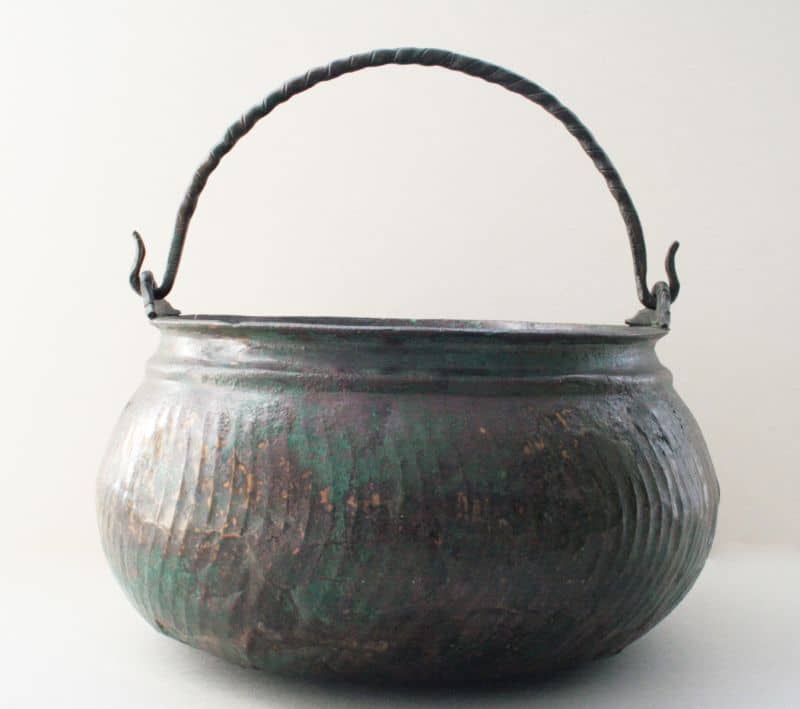 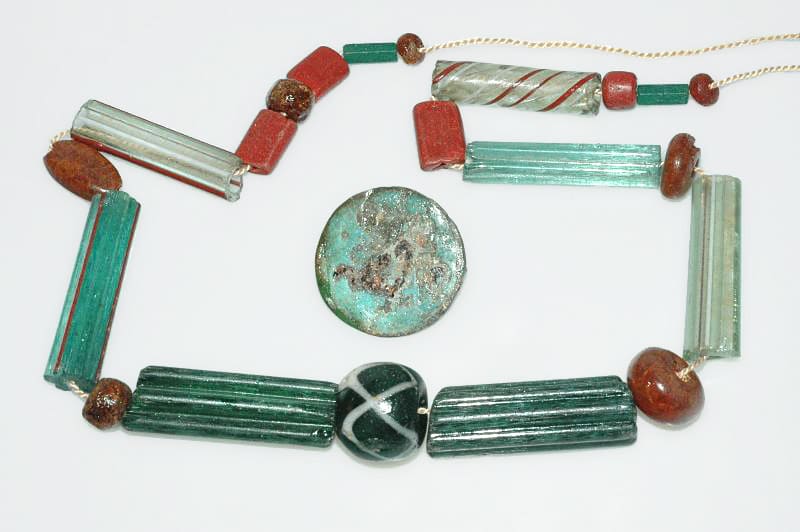 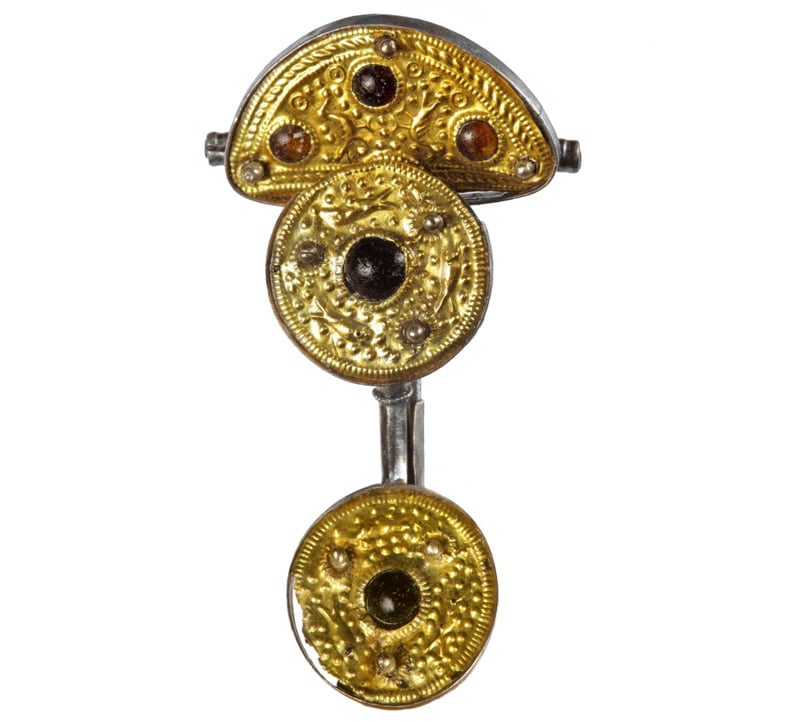 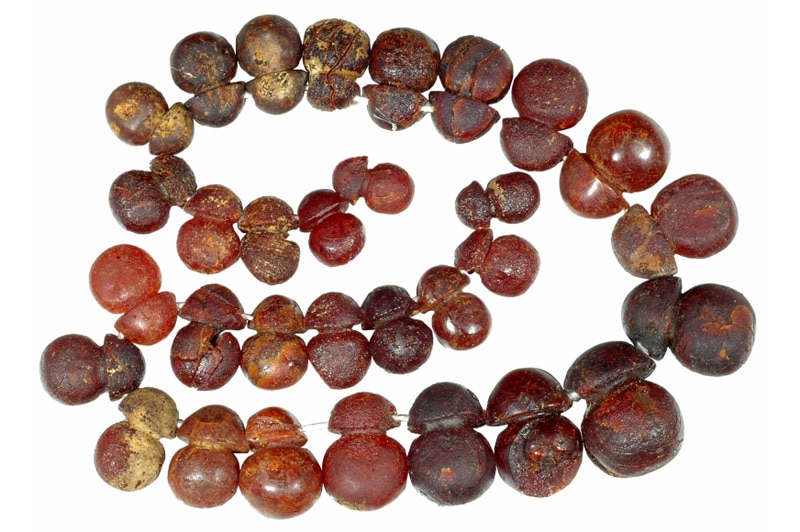 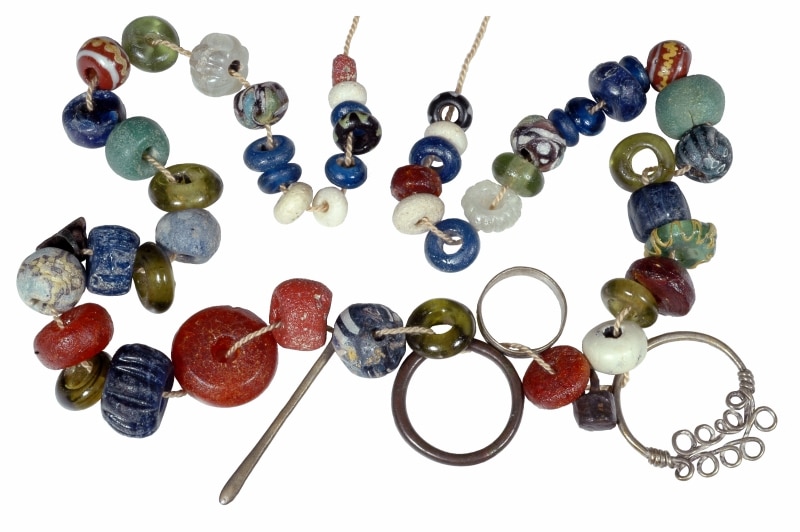 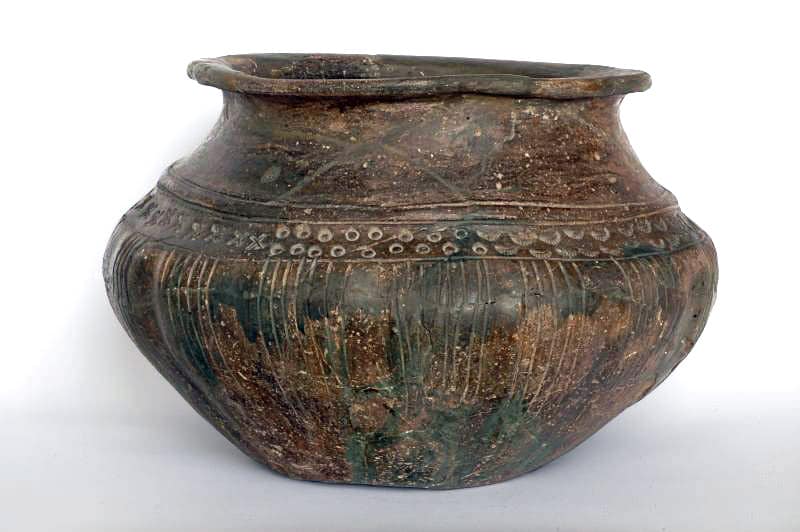 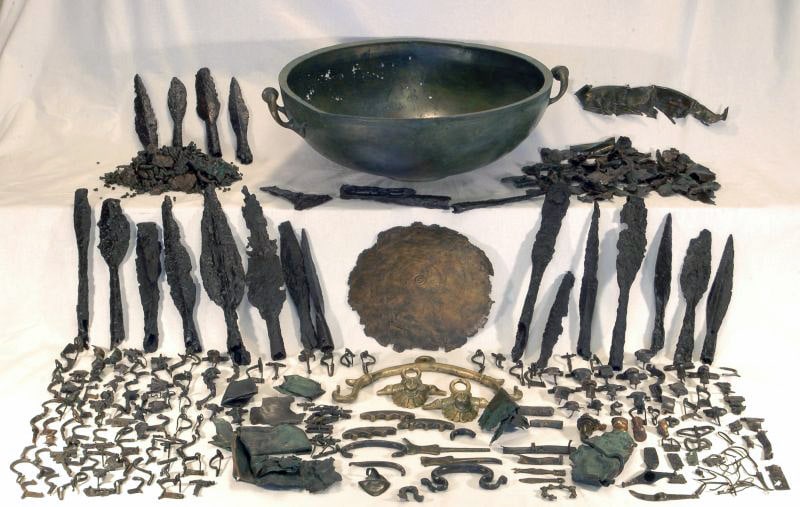